Another INAB visit to Dublin for extension to scope assessment

Trip to Geneva to give evidence to International Olympic Committee tribunal

Final visit to the Forensic Science Centre in Zagreb on Disaster Victim Identification project – DVI exercise went from mock coach crash with rescue through to Reconciliation Board. A great year, made good friends and learnt about how DNA fits into the wider DVI response 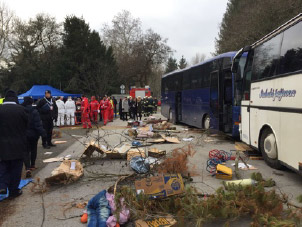 Glad to have been able to contribute to the ICCA-RSS guide: Statistics and probability for advocates: Understanding the use of statistical evidence in courts and tribunals

Second visit to the Forensic Science Centre in Zagreb on Disaster Victim Identification project looking at DNA – regular trips for rest of this year. So much warmer on this trip!

Gave evidence as court-appointed expert at an appeal in Alta Norway – furthest North I’ve ever been. Interesting experience, it would be great to go back there & see the Northern Lights

Gave presentation to third session on Probability And Statistics In Forensic Science, at the Newton Institute in Cambridg,e on ‘Modelling the best evidence’. Great help to have the chance to discuss DNA with distinguished statisticians and lawyers from UK & abroad

Over the next few months I am attending the special semester at the Newton Institute in Cambridge, from July 18 to December 21, 2016, on Probability And Statistics In Forensic Science. The first workshop was an international conference on: The nature of questions arising in court that can be addressed via probability and statistical methods. Fascinating meeting and very useful.

Glad to assist in the interesting issue of the claim for the baronetcy of Pringle of Stichill, just heard by the Judicial Committee of the Privy Council – an unusual use of Y STR profiling:

Wonderful time on trip to New Zealand as the ESR Visiting International Fellow for 2015-16 – CAI training at Auckland, Wellington and Christchurch. Met lots of new people and saw lots of old colleagues from FSS

Also gave talk to ANZFSS meeting, videoed to all three sites, on the UK Forensic Market

Great time in Warsaw for the Forensic Watch conference on the imminent changes to the Polish legal system, discussing the impact on expert witnesses (http://www.forensicwatch.pl) 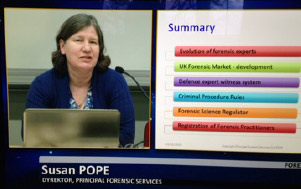 Attended training on STRmix given by ESR in London